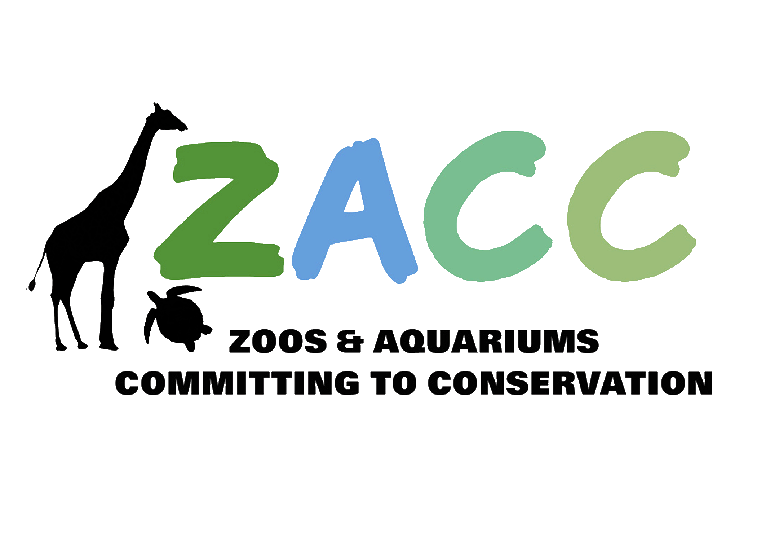 When our Director of Science passed along information about the 2018 ZACC conference, (thanks to our Board and Onnie Byers letting us know about it), I quickly volunteered to go. I’m keen to learn as much as I can about conservation and Jacksonville is just a six hour drive away. I’m really glad I got to attend – the conference was amazing! I learned so much about how these collaborative projects actually work. Not to mention that I came away inspired with some great ideas to try in the future. At the same time, it’s probably a good thing that the conference only happens every two years. It was such a treasure trove of fascinating people that I captured nearly 20 video interviews of amazing stories. And that will take longer than a year to finish publishing! (Stay tuned for stories from field biologists, scientists, students, executives, researchers, and wildlife officers from different organizations and regions.)

Here are 5 creative ideas I saw at ZACC 2018. What were your favorite ideas from the conference? Please leave a comment to let me know.

1 – Storytelling as the new bet in the game

Keynote speaker Dan Ashe, President and CEO of the Association of Zoos & Aquariums, shared some interesting statistics in Tuesday’s session about the challenges we face in conservation. Although he spoke rapidly, the data points were compelling, so I took notes as fast as I could:

The price of playing the conservation game is animal welfare. Education, experiences and the stories you tell are the bets you will place. No one ever made a decision based on a number – you need a story.”

It was a great example of how compelling a short data-driven story can be. And his point was that a simple, compelling narrative will be critical for conservation success.

The second great idea at the ZACC conference was community and collaboration, which came across as a strong overarching theme throughout. Whether it was zoos highlighting the conservation impact of their partnerships, or small organizations talking about working with local communities for one species, it was clear that successful conservationists don’t do it alone. This sense of community even extended to outside the conference room. There was a board that field projects could put up sticky notes of their current needs. You could also read stories about rangers in the field in the “ranger” area and write them personal thank yous. Here are just a few examples: 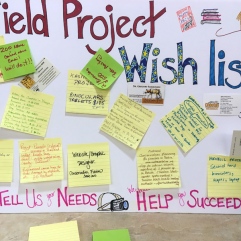 The wish list board where field projects could put up sticky notes of their current needs.

A natural bridge over a highway connecting two protected forests areas together for the golden lion tamarin. 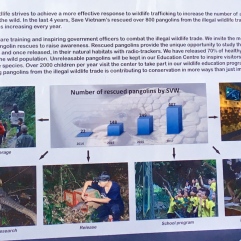 3 –Got data? and going high-tech

In an era where we create 2.5 quintillion bytes of data every day, no conference would be complete without touching on data and technology. Despite this tidal wave of information, conservation faces a different challenge. That is one of biodiversity loss before knowledge gaps can be plugged, or a data deficit. One slide, in particular, summed this up really well. (Although it focuses on oceans, it could apply equally well across many species and habitats.) This challenge was clearly front of mind since one of the afternoon sessions was devoted entirely to conservation technology and innovative approaches. Several tools presented during this session were focused on monitoring animals and threats to them in the wild. These included SMART (Spatial Monitoring and Reporting Tool), Movebank (free online database of animal tracking data), the Global Shark Tracker by Ocearch, and the Forest Watcher app developed through a partnership between the Jane Goodall Institute and World Resources Institute/Global Forest Watch. However, one solution by Lincoln Park Zoo, the Urban Wildlife Information Network, took an entirely different angle and put the lens on wildlife in our cities. This is a fascinating one since some species are learning to adapt to our increasingly urban environments but little research has been done yet in this important area.

4 – A picture is worth a thousand words

Being an artist myself, I tend to notice interesting, colorful artwork and handicrafts from others. So the marketplace around the conference room caught my attention. Different organizations were selling mostly handmade items to support their conservation projects. It was amazing to see the variety of handmade items, from woodcarvings to paintings to colorful tapestries. Some of the stories were incredible, such as the Sierra Leone artist who taught himself how to do woodcarving despite losing a hand and now creates art for the Tacugama Chimp Sanctuary. Painter Christina Ward’s bold artwork was also quite impressive. While she was mainly there selling work to benefit the Save the Giants, she also happened to be the artist behind the logo on the items for sale at the Save the Snakes table. What really piqued my interest, however, was the presentation by Patrícia Medici in which she highlighted several creative programs that she’s led on behalf of the Lowland Tapir Conservation Initiative. One of these initiatives was the “Tapirs Helping Tapirs” campaign where paintings made by tapirs in six American zoos were auctioned to help raise money and awareness of the tapirs’ plight.

This idea that artwork can have a real conservation impact is really exciting. It’s inspired me to begin working on a plan to connect these things together (Species360 – art – conservation – education). If you are interested in collaborating with me on the project, please leave a comment with your contact information.

Painting by a tapir

Art by Christina Ward for Save the Giants

Art by Christina Ward for Save the Giants 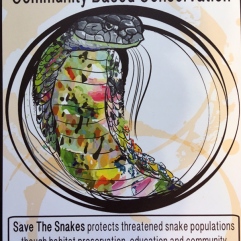 Art by Christina Ward for Save the Snakes

What’s better than the animals themselves to inspire us in the work we do to save wildlife for future generations? The post-conference trip to White Oak Conservation was….well, see for yourself.

Jim with a giraffe at White Oak Conservation Center

Successful animal care depends on applying the best actions possible for long-term animal health and survival. And that means tapping into the best knowledge available. As a nonprofit serving our community for more than 40 years, Species360 continues to advance knowledge sharing for excellent animal care and conservation. Today, nearly 1100 zoos, aquariums and other wildlife member organizations in 90+ countries use Species360 ZIMS software to help them achieve best practice animal management and conservation goals.